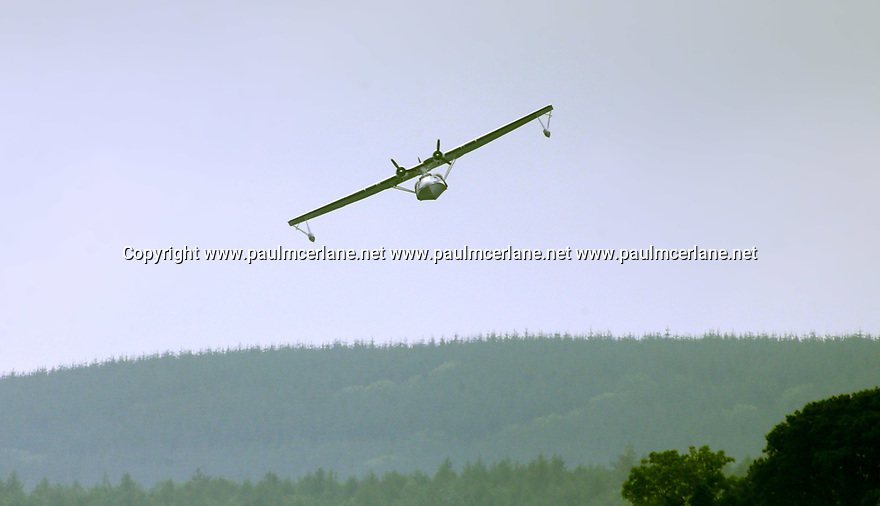 A World War Two Consolidated PBY Catalina flyboat is seen on public display to mark the 100th Anniversary of the RAF over Lower Lough Erne (picture taken Saturday June 2nd, 2018) near the County Fermanagh, Northern Ireland. Flying Boats would take off from Lough Erne in daylight and would fly patrols over the Atlantic Ocean across the border, a route that became known as the Donegal corridor. This was a secret deal with the Irish Republic which allowed the planes to fly through Irish airspace. A crucial role when a flying boat based at Lough Erne spotted the Bismarck as it sailed to France. The German battleship was sunk the following day. Photo/Paul McErlane